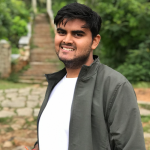 8 Things You Need to Know About the Paycheck Protection Program

The Paycheck Protection Program (PPP) was introduced by the US Small Business Administration as a part of the CARES ACT – $2 Trillion COVID-19 stimulus bill. Out of the $2 TN, $350 BN was assigned as a majorly forgivable loan to small businesses (up to 500 employees) as a direct incentive for them to keep their workers on their payroll.

Freshworks hosted a webinar on the 24th of May to help these small businesses to understand the PPP and answer some of the questions which arise due to the constantly changing financial landscape in lieu of the  COVID-19 pandemic.

You can check out the full conversation here.

8 things you need to know about the Paycheck protection program.

1. There are more options to save your business than just PPP

Of course, PPP makes the most sense because it is sponsored by the federal government but it is not the only option. For example, there is EIDL (economic Injury Disaster Loan) which was actually the first program that was launched by the federal government but has considerably shrunk and taken a back seat after the PPP was announced. There are multiple other organizations and municipalities that have stimulus programs out right now. Look at offerings from the state governments, local governments, and talk to your local Chamber of Commerce, check out Small Business Association websites for the resources that are available in your area.

2. Independent contractors and sole proprietors are eligible for the PPP as well

Independent contractors and sole proprietors who are self-employed, and don’t fall within the traditional payroll system are also eligible for the PPP given that their income is reported on Schedule C. So, $100,000 worth of Schedule C income based on 2019 figures will be eligible for payroll costs essentially for self-employed individuals. But the thing to keep in mind is, there is a payroll cap of $100,000 for all employees, which means you can cover the employees (including yourself) only if the pay is less than $100,000, which according to the program will be covered for the upcoming 2 and a half months. This means effectively the sponsored payroll would be ~$16,000 (or close to ~$20,000 along with some benefits)

3. The PPP is 100% forgivable only if you use it on payrolls

The PPP is meant to save jobs so that you can re-hire or retain your employees for at least the next 2.5 months. From the amount issued to you, you can spend as little as 75% of it on payroll, and use a maximum of 25% on utilities, rent and mortgage interest. So the 75% becomes forgivable and the 25% will essentially become a very low-interest loan, 1% Annual percentage rate. Paid back over two years with no payments for the first six months. But really, the government’s intent is to spend 100% of it on payroll expenses.

4. You get 2.5 months worth of salary to pay, but you have only 2 months to actually pay it

Once you’re awarded the loan, you have an eight-week window by which you are expected, ideally, to spend 100% of those funds on payroll expenses. Now, this is interesting, because you get two and a half months or 10 weeks worth of payroll expense, but then you have only eight weeks to spend it. So if you don’t want to spend everything on payroll, you have the 25% wiggle room there to spend on other things. Interestingly, commissions and bonuses are also considered a part of payroll. So you can use them to even out your loan, except you will need to be careful not to break the annualized income threshold of $100,000 a year.

5. You are better off applying with your local regional bank then the larger ones

One of the things that have been observed in the rollout of the PPP is that the smaller regional banks have been able to fund loans more quickly. While the larger national banks like Wells Fargo and Chase have been lagging and really struggling with good customer service especially Chase with their communication. The difference between the big national banks and the regional banks is that the regional banks are really focused on the relationship and on the one on one customer service. This focus has allowed them to move much more efficiently, effectively and rapidly to make this program a reality for their customers.

6. You are already queued up for the second round of PPP if your application went in for the first one and you didn’t get it.

With phase one of the bill, a number of large businesses got very large loans and depleted the funds quickly. For phase two, there are a lot of people that applied in phase one who did not get their round of funding. So if your application went in, you’re probably queued up at your bank and will be automatically processed for the second round on a first-come-first-served basis.

7. The records you need to present for PPP might slightly differ from bank to bank but are largely the same

Each bank seems to be wanting something a little bit different from some of the other banks but at a minimum, if you’re a sole proprietor, you need to have a 2019 Schedule C that you can produce to show that you had net income at the end of the year. Also, if your business lost money in 2019, you won’t be eligible for the PPP loan. Now, if you are a sole proprietor, or you have employees, you will also need payroll records like an IRS Form 940 or 941, which verifies the payroll that your business paid during the last count; generally during the last calendar year.

8. Payroll under form 1099 is not considered, only W2 is acceptable

Let us say you only have employees under IRS Form 1099 if it really is salary, then yes, those wages do qualify and they should be included in the base for determining how much loan you can borrow from PPP. But however, in the eyes of the government, there is no such thing as a 1099 employee. So those costs and the wages you’re paying to those people will not be eligible for being included in determining how much of your  payroll expense is eligible under the PPP program. So if you have key contractors that are critical to your business that really probably should be employees, now’s a great time to convert them from 1099 to W2, and their wages will count towards that loan forgiveness.

You can check out the full conversation here.

Update since the webinar:

Note: The PPP was launched on April 3rd, 2020 and since then there have been many developments and changes. We suggest you refer to the SBA for updated information about the PPP and for FAQs regarding deadlines and paperwork.

How to Say "NO" in customer service