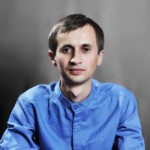 How many of you measure the impact of support tickets on the company revenue?

If you are like most companies that offer support, you measure the success of the support channels based on:

Bad support is one of the main reasons why customers churn, just as good support is the reason why they stick and continue generating revenue for your business.

Is there a direct link between support and revenue? Yes, and though the relationship between the 2 is more complex than it seems, we have the data to prove it.

How Exactly Does The Support Team Help Make More Money?

Any interaction of the support team that helps users find a solution to their problem will most probably influence them to pay or keep paying – and this means more money for your company.

When it comes to support tickets, there are 2 ways in which the support team can impact the revenue:

123FormBuilder, a Freshdesk customer with a B2B SaaS product, wanted to find out how much of their revenue happened also thanks to the support team.

They used InnerTrends to find the answers they were looking for. Because we loved this challenge and we got our data science team to get to the bottom of it.

We basically looked into:

A. How Does The Support Team Influence Users To Convert To Paying Customers?

To answer this question, we split it into 2 different milestones:

Let’s get right to it.

1. How Does The Support Team Help Free Users During The Onboarding Process?

We first analyzed the overall influence that support tickets had on users when it comes to influencing them to finish the onboarding process. The data showed that the users who got help by email from the support team decided to onboard in a much larger percentage than those who did not interact with them. The influence support tickets had on the decision to onboard was quite significant: more than 100% increase. Not bad!

123FormBuilder got really hyped up about it, but we thought it was too good to be true. We needed to dig deeper to understand why and how this happened. We had to find out if this was just a correlation or if there was any causation to it.

We needed to find out how the support team helped users during every stage of the on-boarding process.

This analysis would give us a clear idea of the steps where users encounter more difficulties and reach out to the support team, and the tweaks needed to be made in order to clarify those steps.

Surprisingly enough, we noticed there was almost no difference at all between those who on boarded and those who didn’t after emailing with to the support team. These results contradicted our overall analysis, which concluded that support tickets had a significant impact on people’s decision to onboard.

How Could This Be?

So these users don’t finish the on-boarding process because they interact with the support team, it’s because they are already towards the end of the process. This is what the above data shows us.

Most people would suggest one of the following solutions:

To pick the right option we needed to understand what would be the costs and the profit we would be making for each of the decisions above. For that, we wanted to understand the relationship between support tickets, on boarding, and payment.

2. How Does The Support Team Help Free Users Upgrade To Paid?

We now looked at how many people became paying customers vs. how many didn’t after interacting with the support team via support tickets. And we repeated the procedure: we first analysed the overall conversions and then we did the step-by-step analysis.

We came to the conclusion that, overall, the people who used support tickets to communicate with the support team converted better than those who did not reach out to the them. Just like with the on boarding process, the decision to pay for the product seemed to be highly influenced by the interaction with the support team. There was only one way to find out if we were wrong. It was time to check these results by looking at every stage of the process. The step-by-step analysis confirmed the overall conclusion, even though the results were not as spectacular as in the overall analysis.

So What Did We Learn?

Email support tickets did not make a difference in helping users finish the on-boarding process, but those who were helped to finish it were 10 to 15 times more likely to become paying customers.

A few weeks later after the decision was implemented, results came in: they managed to increase the number of paid subscriptions from users in the last stage of the on-boarding process by more than 80%.

B. How Does The Support Team Help Users That Consider Cancelling Their Paid Subscription?

The first question the company wanted to answer was: how many users interacted with the support team before churning?

After crunching the numbers we found out that:

Issue #1: Out of all the people that cancelled their subscriptions in the last 6 months, 38% interacted with the support team. They were split as follows:

Issue #2: We also identified a significant number of people who interacted with the support team after cancelling their subscription. This gave the team that much wanted chance to try and get at least some of them back!

Out of the people who cancelled their subscription and then contacted the support team:

The support team could and should have taken advantage of these interactions.

Issue #3:  Another aspect that became apparent after the analysis was that people interacted with the support team more than once.

These were the results:

Interestingly enough, the more interactions customer had with the support agents, the higher their chances to churn were.

In the case of 123FormBuilder, if a user interacted with the support team 5 times on a single issue, his chances to churn increased by more than 3 times.

The Solutions The Company Came Up With:

What We Take With Us From This Analysis

The support team may be the underdog in the ‘bring in money’ contest inside a company, but they definitely play an important part.

Last but not least, support should not be about fixing tickets, it should be about getting people to the milestone they need to get to.

With that in mind, the way you do support will have a big say on your profit and revenue!

Examples of Exceptional Support from Freshdesk