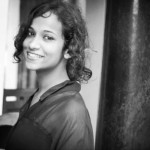 Examples of Exceptional Support from Freshdesk

What makes Batman so iconic? Apart from the cool gadgets and his fancy batmobile, it’s his ability to rise to the occasion, prevent crimes, and save the people of Gotham.

A support agent too is nothing short of a superhero like Batman. Support agents are proactive and compassionate, and always find brilliant solutions to help customers.

Sometimes, they even go beyond what’s expected of them to resolve a customer’s issue.

In this article, I’ve captured instances when the superheroes at Freshdesk went out of their way to provide exceptional customer support.

#1 The one with Aishwarya and Mandarin

When the conversation began, Aishwarya spoke to the customer in English, as she usually does. However, after a couple of attempts at assisting the customer, Aishwarya realized that there was a linguistic barrier,  and she couldn’t effectively communicate the solution to the customer in English. So, Aishwarya went ahead and translated her responses to Mandarin. She also told them that she was using Google Translate and that her messages might be grammatically incorrect. With this, she effectively resolved the customer’s issue, communicating with them in a language they were fluent in.

Takeaway: To deliver exceptionally good customer support, you need to be willing to take smart risks that can help you find newer and faster ways to resolve the issue.

#2 The one where Nikilesh received a call at 4 AM

Nikilesh worked with the customer’s team and eased their workflow. He manually dispatched all the tickets to the respective agents. Here’s a snippet of the appreciation that was sent to Chuck, the head of support:

Takeaway: Act with urgency – in customer support, you need to act promptly, decisively, and without delay.

#3 The one where Aravind, Arvinth, and Durgadevi burned the midnight oil

One evening, a customer reached out to Aravind, a TAM who’s now our community manager, about issues with the API.

After repeated attempts at identifying the cause of the problem, Aravind realized that there was more than one factor that was causing things to break. Aravind worked with Arvinth, a developer from the product team. By then, Durga a customer success manager who was overseeing the problem, stepped in to help.

Instead of fretting over it, the three of them smartly handled the issue. After a thorough analysis that took a few hours (it was already late evening when the three of them started working on the problem), they found out why the API was causing issues. The customer requested for hourly updates, and though Durga was at a movie, she stepped out from time to time and collaborated with Aravind and Arvinth to give the customer status updates.

It around 5am when they finally sorted the issue out. Here’s some appreciation they received:

Takeaway: When the situation calls for it, you need to collaborate with people who aren’t a part of your team, and still play as one team.

How many of us make time to go through work emails over the weekend? Karthikeyan, a TAM at Freshdesk wasn’t asked if he had time to spare. He was bombarded with questions on a Saturday even before dawn broke.

An agent from the customer’s support team had accidentally deleted a property field that had a large number of configurations set around it. So, there was an urgency to restore the field and recover the damage before it started disrupting their workflow. Multiple members from the customer’s team wrote to Karthikeyan to express their concerns.

Karthikeyan knew that this was a burning issue for the customer, and took matters in his own hands. He collaborated with the product team, and worked with Divya, a developer, to retrieve data from the deleted field. By noon that day, the issue was resolved and the customer was grateful to Karthikeyan for his help.

Takeaway: When a customer comes to you with a burning issue outside your work hours, don’t turn them down. Take ownership of their problem and try to at least give them a tentative solution if you aren’t able to fully resolve their issue.

When our support team had to deal with a major AWS issue, it brought out the best in them. The AWS downtime had a ripple effect on our support portal and the phone channel. In the course of the day, Twitter integration was also affected, because of which tweets and mentions weren’t getting converted into tickets.

Andrew and Thriyambhakesh from our support team realized they couldn’t keep customers waiting for a reply. So, the two of them logged in to our Twitter handles, checked for tweets from our customers and replied to them. Until the AWS problem was fixed, Twitter turned into the primary channel of communication with our customers.

Two other agents, Riaz Sheikh and Aravind, also stepped in to help Andrew and Thriyambhakesh. The four of them used some clever humor and managed to make our customers smile. Takeaway: When you’re under pressure, don’t buckle. Instead, work with your team to find an effective solution to the problem at hand.

Or rather, the list doesn’t end at all. With a team that’s dedicated to providing stellar customer support, there is no definitive end to the examples of exceptional support provided by Freshdesk agents.

As a closing thought, I’d like to call out the effort taken by the support team. Their perseverance and patience is an inspiration to all of us here at Freshworks.

If you have a message you’d like to pass on to our support team, you can write it in the comments below or drop us an email at love@freshdesk.com