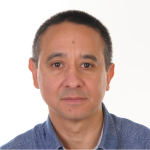 Webinar: The First 10 Years of #SocialCustCare

The last eighteen months or so has seen another shift take place in customer service with the increasing ubiquity of messaging. While social customer care was always able to deliver in terms of intimacy, it was never quite able to do this at scale. Messaging, on the other hand, may be that missing piece.

But to understand this notion of ‘scalable intimacy’ and the relationship between social customer care and messaging, we must go back in time.

More intimate relationships than are possible through traditional media, at sufficient scale to impact the enterprise.

He writes about users, who talk to and trust each other, being in control. These users want something authentic, and expect to be treated like people. The sentiments he writes about, can perhaps be traced back to the 95 theses contained in The Cluetrain Manifesto. For this, we need to go back a further ten years to 1999, when The Cluetrain Manifesto was written by Rick Levine, Christopher Locke, Doc Searls, and David Weinberger.

You’re invited, but it’s our world. Take your shoes off at the door. If you want to barter with us, get down off that camel!

And in a sense, that is what Frank Eliason did in April 2008, when using the Twitter handle @ComcastCares. He took his shoes off, got down from his camel, and he sent the first social customer care Tweet in response to a customer.

Until then companies had little incentive to make any kind of change to their delivery model or service mindset beyond ensuring they satiated the ever-rapacious appetite for cost savings and operational efficiencies. Companies held the winning hand, and knew it. Customers, with a shrug of the shoulders, knew it also and resigned themselves to wasted hours flip-flopping between IVR options and 72 hour response times.

But that one Tweet by Frank Eliason, and those individuals, companies and even #hashtags associated with the first wave of social customer care, such as Scott Monty, Best Buy’s #Twelpforce, KLM, Dell, BT, Carphone Warehouse, JetBlue, Zappos and giffgaff, signalled the start of a profound shift that customer service was to make over the next ten years. And in a strange twist of fate, it was these early corporate adopters, in essence, that began to destabilize the synchronous, centralized model of customer service where the three-minute single version of the truth was king.

Where these corporate poster children for social customer care (they’ve perhaps become cliches now!) disrupted from within, those like Dave Carroll and @HVSVN did so from the margins. They disrupted by doing the unexpected; an intrinsic part of social customer care. Just ask @Tesco about carrots!

Whilst many conversations are hesitant at the beginning, it is only over time as each side builds up trust and confidence in themselves, that conversations become easier, and courage finds a foothold.

As Aleks Krotoski, a social psychologist, writes in Untangling the Web:

Settling into an accurate definition of the self requires trying on a lot of inappropriate identities and making a lot of mistakes. Again and again, by stumbling and falling and getting up again, we refine ourselves into something that we eventually become content with.

For this, though, we need to be aware of all the possibilities so we can try them on to see if they fit, and we need to have the freedom to fail without devastating consequences. And this is where the web comes in.

Identity is context-dependent and subjective, allowing us to be inventive and creative in who we are and who we want to be.

Unless, of course, you are United Airlines!

Did Twitter, Facebook or YouTube set out to destabilize customer service? No. That destabilization was a by-product of the recognition by those concerned that there was a different way to communicate.

Social, the young upstart, was the catalyst needed to overhaul the facade of service promises that could not be delivered upon. Delight gave way to satisfaction, which would in turn be challenged by effort. Social was simply the mirror that reflected a service model that was outmoded, outdated and out of touch. The simple truth was that the service model needed to catch-up.

People communicated via smartphones. Instant gratification was becoming the norm. Transparency was the new currency. If this was the new reality, then why should customer service be exempt?

And so a type of customer service that was increasingly empathetic, intimate, and immediate emerged. Customers were not only genuinely delighted and surprised, they also publicly shared the fact through the use of a new online lexicon made up of #hashtags and emojis.

But the ability to scale still remained unanswered, albeit from a corporate point of view. And perhaps this is why social customer care, in some ways, in the pursuit of organizations to turn it into an email clone, could never quite convince the corporate doubters, cynics and naysayers.

From 2008 – 2010, those who in quiet moments reminisce about the halcyon days of social customer care, wax lyrical about the experimentation, unconferences, the ability to use the word meme correctly and general excitement that characterised that time.

Then there were the barren years until about 2016 as those involved in the space started to grow up a bit, and with some semblance of maturity comes responsibility and accountability. Little experimentation took place and everything seemed to slow down. The boredom was sporadically relieved by moments of experimentation when Natwest experimented with Vine videos, @O2 gave us #Tweetserve, Twitter launched Promoted Tweets leading to @British_Airways losing some luggage and a new word being invented – complaintvertising, and @O2 became everyone’s mate for about 48 hours of irreverent humanity!

And so to today, or at least the last eighteen months, when perhaps, messaging, even at this early stage in its development, may have saved social customer care and Twitter (we all want Twitter saved, right?!) from becoming a customer service curiosity, caught somewhere in no man’s land between a fad that’s outstayed its welcome and a wannabe trend that’s trying a little bit too hard.

And so, whilst there is no doubt that social technologies like Twitter, Facebook and YouTube precipitated a shift in customer service, for me, the biggest change was one of perspective. Twitter reminded all of us, not that we needed reminding, that customer service was fundamentally still about people; it could be humane and intimate. And companies, despite their best efforts, could no longer ignore this simple truth.

And the more that companies like KLM and Dell embraced this sense of humanity, the more they pushed boundaries, the more they realised that actually social customer care was less about customer service, and more about mindset and ways of working.

It was about openness and transparency, authenticity and empathy. It celebrated collaboration and co-creation, above siloes and self-interest. It gave 21st century explorers, the credibility of 21st century literacies, allowing them, in the words of Howard Rheingold to ‘crap detect’! There were even micro courses in crap detection! And in a delicious twist of fate, social unwittingly set about dismantling traditional organisational hierarchies from within; the genie had been let out of the proverbial bottle!

Join me for a webinar on 23 October 2018 EST, where you will learn about some of the key events, players, and changes that have taken place since the first social customer care Tweet was sent by Frank Eliason, as @ComcastCares, in April 2008. You will also hear about the challenges social customer care is facing today, as well as consider what the future holds.